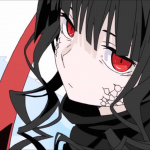 "This is my user page. I edited this page to tell the community about myself!"
—This page's intro circa 2017

I was about to write a proper intro and description here, but lost the bang at the last minute. Maybe later...

This user contains examples of...

Retrieved from "https://allthetropes.fandom.com/wiki/User:White_Azami?oldid=335145"
Community content is available under CC-BY-SA unless otherwise noted.