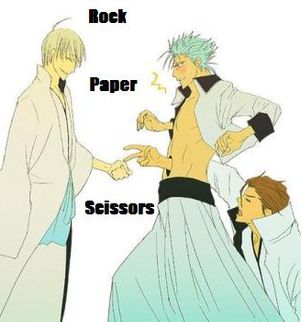 Like, crap man, look at that. That's like his stomach plug, on the ground back there. You don't see that every day. I mean that doesn't even seem possible if you think about it, with body organs and cartilage and bones. I mean I'm no doctor or nothin' but that was like one clean chunk.
—Narrator, Kung Pow

Have you ever had one of those days when you're just walking along and then suddenly something bites you in the ass? Or the stomach? It eats your partially digested breakfast, a few major organs, and maybe a good segment of your spine. Now you have a massive hole running through your body and your day is ruined. What else can you do but to keep walking and ignore it?

Fortunately, as you are a fictional character, you do not fall down due to your loss of support structure. Nor do you die before you hit the ground because your organs just got ripped out. However, most real-life living bodies have a very specific anatomy, with most vital systems in the torso and the head. If a hole ever got punched through any of that, you would crumple over. And die. Yes, very specific.

This trope is about bodily integrity. For this trope to work, the character does not necessarily have to survive, nor does it have to be the torso. A multi-inch or more hole running through any vitally important part of the body will do. The most important factor is that their body remains stable as if nothing happened.

This trope works for- or against- either Made of Iron or Made of Plasticine, Depending on the Writer. Similar to a bigger version of Invisible Holes. Sometimes paired with Made of Explodium for whatever reason, and frequently caused by Impaled with Extreme Prejudice or Efficient Displacement.

Not to be confused with Totem Pole Trench where the bottom person looks through the coat.

Examples of Torso with a View include:

Alphonse: Oh, great! Now my arm's come off!! This is a terrible day!

Retrieved from "https://allthetropes.fandom.com/wiki/Torso_with_a_View?oldid=304943"
Community content is available under CC-BY-SA unless otherwise noted.