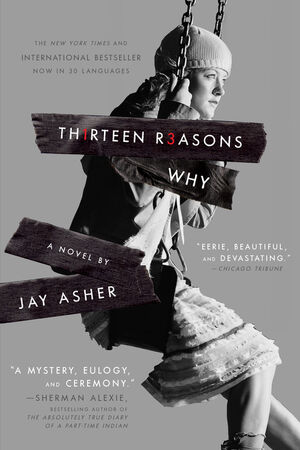 Thirteen Reasons Why is a young adult novel that revolves around a high school student named Clay, who receives a series of tapes recorded by his recently deceased classmate and crush, Hannah Baker, which are about the 13 reasons why she committed suicide. In 2017, the novel was adapted into a Netflix series by Paramount.

This book provides examples of:

Retrieved from "https://allthetropes.fandom.com/wiki/Thirteen_Reasons_Why?oldid=383874"
Community content is available under CC-BY-SA unless otherwise noted.