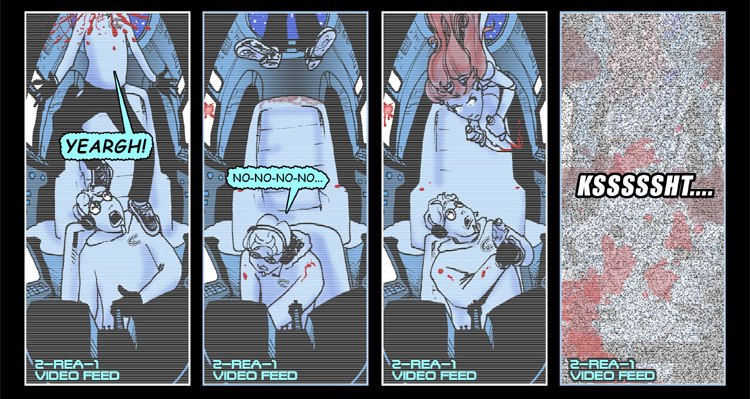 How do you know that a perimeter has been breached or that the soldiers you've sent in the alien hive have met a messy end? The screens that were giving you a visual feed have gone full of static, meaning that the cameras have been disabled or shredded, like their wearers.

This effect was the precursor to the infamous Blue Screen Of Death, and was itself an outgrowth of the dead telephone line and the radio receiving only the static of a carrier wave with no signal.

Examples of Snowy Screen of Death include:

Retrieved from "https://allthetropes.fandom.com/wiki/Snowy_Screen_of_Death?oldid=13498"
Community content is available under CC-BY-SA unless otherwise noted.