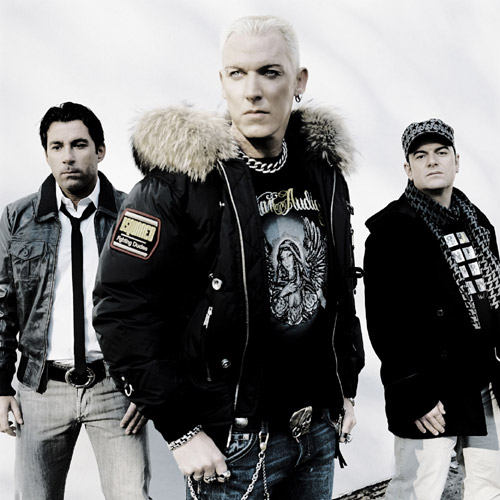 Scooter are an electronic music outfit who are a Guilty Pleasure or are So Bad It's Good or are So Cool Its Awesome or are completely appalling, depending on who you ask. Their lyrics are an amusing word salad and it's best not to dwell on what is being shouted by H.P Baxxter during the songs. Trying to decipher what he is shouting about will give you a brain hemorrhage.

They've been around for a surprisingly long time, starting out as a fun loving Happy Hardcore outfit in the early nineties, but have been moving towards hardstyle in the past few years.

This band exhibits the following tropes:

Retrieved from "https://allthetropes.fandom.com/wiki/Scooter?oldid=379349"
Community content is available under CC-BY-SA unless otherwise noted.