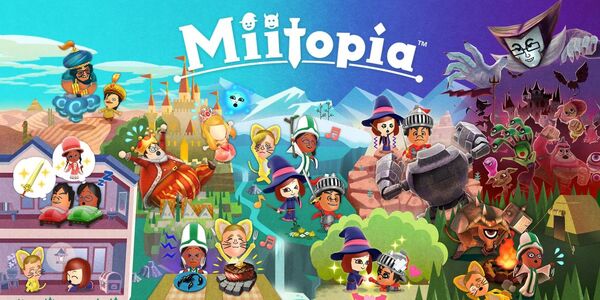 Miitopia is a role-playing game on the Nintendo 3DS released in Japan in 2016 and in North America and Europe in 2017. It is a spin-off to the Tomodachi series, and features Miis in nearly every role.

The player controls a Mii traveler who travels to the land of Miitopia. In this land, they encounter a Dark Lord, who has been stealing inhabitants' faces and placing them on monsters. With the help of an antique charm, it is now up to the protagonist and their new teammates to defeat the Dark Lord and restore everyone's faces.

Tropes used in Miitopia include:
Retrieved from "https://allthetropes.fandom.com/wiki/Miitopia?oldid=396382"
Community content is available under CC-BY-SA unless otherwise noted.