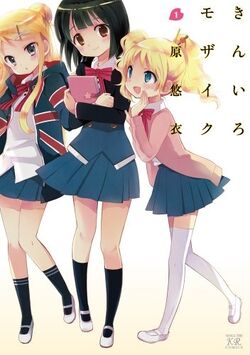 Kiniro Mosaic is a manga series about Shino, an other countries loving Japanese girl and her homestay partner Alice. Kiniro Mosaic is adapted into 2 season anime and is serialized in Manga Time Kirara. The end of manga is approaching

Retrieved from "https://allthetropes.fandom.com/wiki/Kiniro_Mosaic?oldid=385412"
Community content is available under CC-BY-SA unless otherwise noted.