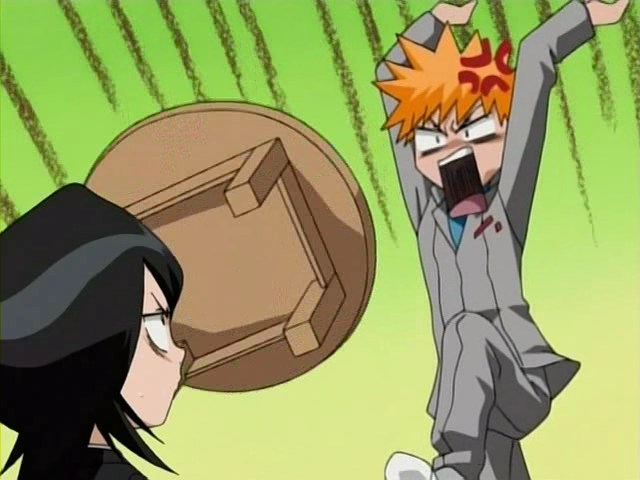 Brian: "I'm... trying really hard not to, Sara, but... RAAAAAARRRGH!"
—Knights of the Dinner Table

When, out of anger or frustration, one character flips over a table that another character is sitting at, doing something on, or eating from.

In Western uses, it's almost always a sign of a hot-tempered or violent character, and is done in anger, but as an alternative to hitting a person; while in a Boke and Tsukkomi Routine, it's more likely to be caused by frustration.

Bonus Points if the table is covered with countless small objects which go flying everywhere when it is flipped.

See also Tantrum Throwing. If the action taking place at the table is a game of some sort, Flipping The Table often accompanies a Rage Quit.

Examples of Flipping the Table include:

"THAT WAS OVER TWO EPISODES AGO!"

Retrieved from "https://allthetropes.fandom.com/wiki/Flipping_the_Table?oldid=328501"
Community content is available under CC-BY-SA unless otherwise noted.