A Child Prodigy is a young genius - in his pre-teen years, in fact; a younger version of the Teen Genius. Basically, any genius below 12 is eligible for the title of a Child Prodigy. Sometimes ignored or discriminated by those who consider him Just a Kid.

In a setting with mostly older cast, a Child Prodigy might be introduced to appeal to a younger demographics.

See also Brainy Baby which is even younger counterpart.

For the record, despite some Real Life uses of the term, a teenage/high school-age character in college would be a Teen Genius, not this trope. 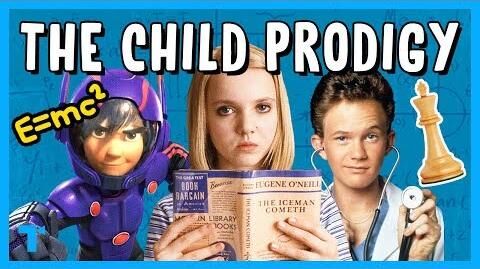 Retrieved from "https://allthetropes.fandom.com/wiki/Child_Prodigy?oldid=672086"
Community content is available under CC-BY-SA unless otherwise noted.