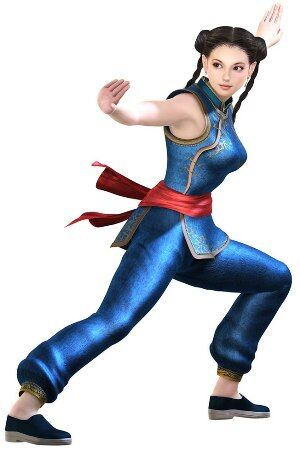 A cute, sometimes sexy, Chinese girl, usually with a variable accent. Nearly guaranteed to dress at some point in a Qipao and put her hair up in a pair of Odango. A very high proportion (even for anime) will know martial arts, always in a Chinese style.

In Anime and Manga the Chinese are a special case to the usual But Not Too Foreign treatment of foreigners, due to the long-running rivalry (historically exploding into outright war more than once) between China and Japan. Hong Kong is in a weird place in the middle (culturally, if not geographically), usually used when the writers want to set a story in a Vice City that wouldn't work properly otherwise.

Evil Chinese girls grow up to be Dragon Ladies. Or they might have a change of heart after years of helping their evil mad scientist fathers.

A subtrope of Stereotypes of Chinese People.

Examples of Anime Chinese Girl include:

Retrieved from "https://allthetropes.fandom.com/wiki/Anime_Chinese_Girl?oldid=806632"
Community content is available under CC-BY-SA unless otherwise noted.